Discourse: Our Benue Our Future

The above title for this exposition should be too familiar to some people but new to our younger generations that are not very disposed towards reading as a hobby. This title was taken out of a document prepared to serve as framework for the development of Benue State by Gabriel Suswam administrations.
I like to believe that each civilian Governor of Benue State had tried to formulate some kind of guidelines that would inform its governance priorities; the poor performance of Governors over time demands that we ask ourselves whether the numerous documents were serially faulty and to blame or the authors of the documents were not serious enough about their intentions, that is, taking everybody for a ride.
In the light of what has transpired through the successive administrations one would be tempted to through the benefit of hindsight, to ask whose Benue and whose future they were talking about. I want to state without fear of contradiction that Benue State is a comprehensive failure in nearly every sphere of governance. Tarry with me as I shall return to this subject later. 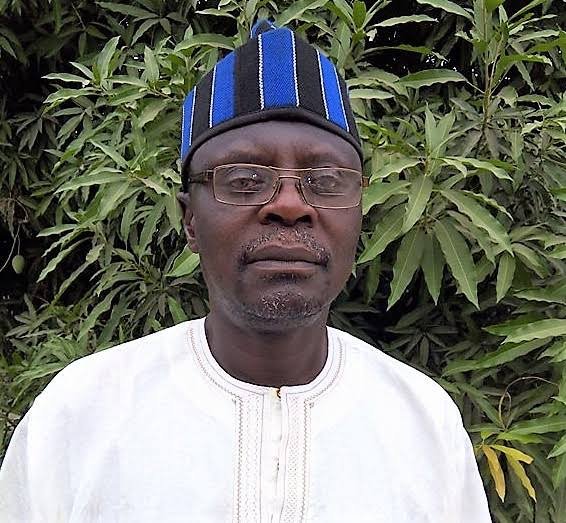 Etc
Can we in all honesty blame this monumental failure on Governor Ortom alone? For me its our collective failure and this should be expected when a few privileged people hi-jack the instruments of governance to the disadvantage of the greater majority.
It is my candid opinion that the people of Benue State should understand and come to terms with its pathetic state and shift from the status quo by engaging ourselves in the following way:
Rise up against the forces that have captured the State and made it impossible for development to take root.
It will serve everybody better by rallying round the HE in the interest of the people rather than vilifying and condemning the him continually.
It is no secret that Benue people have nonchalant attitude towards governance but expects results they have not worked for.
We don’t want to engage in productive sectors of the economy even farming that gave the State the big name of Food Basket of the Nation. We engage too much in conspicuous consumption to the detriment of savings and investment. Other Nigerians have come to Benue State and made fortunes from here, so who are we waiting for?
The big Men in Benue State should relocate to Abuja where they should network with Federal Officers so they could lobby for projects and other social services to the State.
Benue people should strive to secure employment in the Federal Civil service and represent the State at the highest level of Federal bureaucracy.
We should be our brother’s keepers by waking up to the needs of the less privileged in the society especially our compatriots in displaced camps.
Appreciate His Excellency Governor Samuel Ortom for his efforts against the backdrop of insecurity instigated and perpetrated against the State in the last six (6) years. Without his dogged determination half of Benue State would have been under forceful occupation
In view of my arguments stated above, my last word is that Benue State is a geographical expression yet to determine its future. Whenever we start to implement a genuine development agenda, then we can talk about Our Benue and Our Future and for the sake of future generations the time to change the status quo is now.

* Prof. Johnson Ogoda Ona of Faculty of Pharmacy, University of Jos, wrote in from Jos.

James Ibechi is the Editorial Director of the blog www.jamesibechi.com, which is intent on spawning series of publications that would not only cater for Benue investigative reports need, but also adequately cover the entire middle belt region. Ibechi is the pioneer Editor of the premier Igede community-based Magazine called The Congress. He cut his professional teeth both at the Champion and Daily Independent newspapers where he was employed at various times as sub-editor and production editor respectively. He worked at the Voice newspaper as a reporter, and at Vanguard as correspondent before joining Daily Independent and Champion. He holds degrees in Mass Communication and International Journalism of the Benue State University, Cardiff University, Wales (Distinction). Ibechi has a particular interest in the study of political economy and equitable development. He is a frequent commentator on Igede and Benue affairs in different media, and has also become a media and political consultant. Skills: Editing, blogging, online journalism, copy editing, editorial, newspapers, news writing, media relations, magazine, publishing, press releases, investigative reporting, copy writing, featured articles, new media, interview, etc. Email: ejeibec@gmail.com 📱📞 +2348076896824, 2348108843680 View all posts by jamesibechi.com

* Three ‘Musketeers’ fingered By Our Reporter Mr. Tama Aondofar, the substantive Vice Chairman of Lobi Stars Football Club, set off on assumption of duty, with the agenda to reposition the Benue football club and return it to its winning streak in both national and international cup competitions. The fans of the football team never […]

*… NAPTIP reads riot act to traffickers The Benue State Police Command has intercepted buses loaded with 32 children and heading to Osun state. The Commands Police Public Relations Officer, (PPRO), Catherine Anene, confirmed this on Saturday saying the police are still carrying out investigations. She also confirmed that a suspected child trafficker was intercepted […]

jamesibechi.com Opinion When Comr.(Pastor) Ojema Ojotu’s name was sent to the 9th Benue State House of Assembly as Commissioner-nominee among others, he was simply asked to take a bow and leave during screening because, according to the lawmakers, Ojotu was a good man who had impacted Benue positively. That is why the story that had […]

The Benue Rebirth Movement (BRM) has stressed the need for the people of Benue South Senatorial District (zone C) to unite in order to achieve their political objectives during the 2023 general elections. AVM Monday Morgan (rtd), the National Coordinator of BRM, the pressure group that is leading the agitation for Zone C to produce […]

Discourse: Our Benue Our Future

By Prof. Johnson Ogoda Ona The above title for this exposition should be too familiar to some people but new to our younger generations that are not very disposed towards reading as a hobby. This title was taken out of a document prepared to serve as framework for the development of Benue State by Gabriel […]

If community must grow, everyone’s hand must be on deck. Government’s efforts alone are inadequate. This realization has brought Ainu elite under one development umbrella with the aim to raise the socioeconomic and political development of Ainu, a community in Oju LGA of Benue state. JAMES IBECHI reports the birth of Ainu Elite Foundation. December […]

How parents, syndicates collude to enslave children in Benue, Plateau

Families in Benue and Plateau states are offering their children to be trafficked for cheap labour in Oyo, Ogun, Lagos, Ekiti, Osun, Kwara, Ondo and Edo states among others. With over 10, 000 children taken out as child labourers from Benue State yearly, stakeholders say it was time authorities curb the dangerous practice where parents […]

*As Prof. Oto Okwu leads organisation By James Ibechi Newly formed Ainu Elite Foundation is to inaugurate its pioneer National Executive Council (EXCO) on Saturday, December 18, 2021, at 10am in Makurdi, Benue State capital. The event shall also witness the formal inauguration of the foundation. A statement by the foundation Public Relations Officer, Mr. […]

The Benue Rebirth Movement (BRM) has congratulated the Benue state Deputy Governor, Engr. Benson Abounu and the Peoples Democratic Party (PDP) on the Deputy Governor’s endorsement and presentation as the consensus candidate of PDP, Benue South, for the 2023 Governorship election in Benue State. A statement by Hon. Joseph Ode, Director of Media and Publicity […]